SoftProject GmbH, specialized in the digitization and automation of processes, is pushing the low-code development of web applications based on the X4 BPMS digitization platform.

With the newly developed features, even non-IT experts can create web apps easily and quickly without programming – without sacrificing performance, functional scope or process depth. X4 Web Apps are implemented via the user-friendly interface of the X4 Designer with freely selectable, prefabricated digitization modules. All X4 Web Apps can be made available immediately and accessed via a browser. This makes it possible, for example, to implement web stores or web-based portals for customers, employees, and service providers quickly and easily.

You want to convince yourself of the new features? Then request your personal 30-day free trial license today!

Create your own web applications without programming

“Web apps are standard today. More and more companies want to create individual web apps and offer them on the market – preferably with low code quickly, easily and without programming,” says Gerhard Lier, Product Owner of the low-code platform X4 BPMS. “We have aligned the further developments of X4 Web Apps with customer wishes and current and future requirements, such as connectivity, networking, or user experience. And it is precisely these requirements that can be met with X4 Web Apps with minimal effort,” says Lier. Customers particularly appreciated the fact that they could implement the web apps without HTML, JavaScript, or CSS and easily integrate them into existing IT system landscapes.

Web apps are a key tool when it comes to perfectly aligning communication, processes, and applications with customer and employee needs by integrating them directly into processes. This also makes it possible to tap into new business models and customer groups. Examples of areas of application for X4 Web Apps include personnel, appointment or vacation management, time recording or order management, as well as web stores and web portals such as order forms for different services and products of a company.

Using all the benefits of digitization thanks to interfaces

The web portals are connected to existing (third-party) systems and cloud solutions via adapters, so that downstream processes continue smoothly and without media discontinuity as soon as the data has been entered. The entire process and the operations it contains are processed “darkly”, i.e. fully automated. Any systems such as ERP, inventory management, order entry, or document management systems can be connected and controlled, and new technologies such as the Internet of Things (IoT), Big Data, or Machine Learning can be easily used without effort. The exchange of data via the interfaces makes collaboration between the company and its customers, employees or partners much more efficient.

A new feature of the X4 Web Apps are prefabricated templates that even less technically experienced employees (“citizen developers”) can reuse via copy-and-paste when creating a Web App and thus use existing best practices. Using the templates reduces programming efforts and costs that would be incurred in a newly developed, individual process creation. The templates are easy to modify and can be easily adapted to individual situations at any time.

User-friendly features make it easy to create a web app

All important modules are ready for assembly in the X4 BPMS and are fully compatible with each other. The focus of X4 Web Apps is clearly on user-friendliness. The structure with self-explanatory user guidance ensures that the creators can track the current development status of the web app at any time. For example, by simply switching from the back end to the front end or browser during or after the creation of the X4 Web App, where they can check the status of their mobile application on the desktop or mobile device. Sorting, filtering, paging, multiple selection or an individual column configuration, which makes it easier for users of the finished web apps to operate, are stored in the web apps as standard functions. The creator does not have to implement them anew for each web app and thus saves effort.

The X4 Web Apps offer users numerous new customization options: The web interfaces can be easily adapted to the corporate design of the respective company with a color scheme and numerous design options. In addition, controls are available as standard that can be used to integrate videos for communication or explanation, logos, buttons, or links into the X4 Web App. The X4 Web Apps are responsive and optimized for display on smartphones, tablets, and classic desktop PCs. In addition, all modern interfaces and browsers, such as Google Chrome, Apple Safari, Mozilla Firefox, Microsoft Edge, Microsoft Internet Explorer 11 are supported. Localization of the web app with different languages can also be implemented without any problems. This way, X4 Web Apps can be provided multilingually for users all over the world.

Security is an essential aspect of new developments

Automatic function and software updates, also for future versions, are carried out automatically for X4 Web Apps so that they are always up-to-date. This saves companies effort and valuable working time. Development is carried out according to the “Secure by Design” principle. This means that all security-relevant and necessary measures are already thought of and taken into account during the development process. At the same time, two-factor authentication significantly increases security for users of an X4 Web App. Transparency and control are also created by the fact that processing statuses and process progress can be viewed at any time and from anywhere on a smartphone, PC, or tablet. 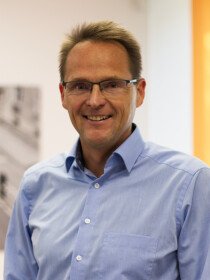